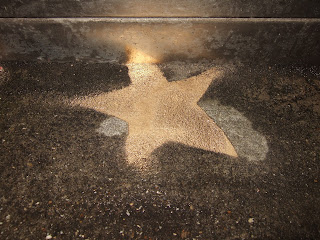 Anyone with a child of school age would know exactly what I mean if I say I've been a bit waylaid by the Christmas concert season. There just seems to be so many these days, with numero tres in 'big' school now too. On one hand it's been that stressful feeling of trying to squeeze work hours into days which are a little bit overfull with cheesy Christmas carols being sung by children with teatowels on their heads. On the other it's that realisation that you're actually avoiding your friends as you take your seat so that no other parent you know will be able to spot the tears creeping, unbidden, down your cheeks. Honestly, this year I think I must be a bit over stretched with kitchens and the like - there were even one or two moments of fighting that lump rising in my throat when my children were no where near the stage. I find it quite overwhelming to see such a mixed bag of kids (we're talking Hackney here... over 40 different languages are spoken by the 640 pupils) singing songs which tell of the incarnation, the mystery of angels, peace on earth, a gift for all people. And sung heartily by girls whose dark skin and headscarves and cultural background make them more like Mary, more like those from the long ago story, than I'll ever be. 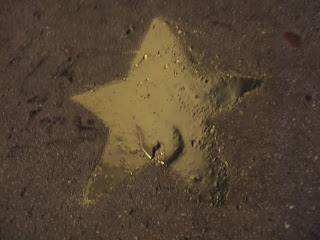 Anyway, all in all a bit of a busy week, which is why the blog fell off the agenda last night. Still went to be at 2.30am even without doing it though. But then when I called R tonight to see if she was ready to roam, she had to be woken up and dragged out of her daughter's bed where she'd fallen asleep doing the bedtime story. We're both as bad as each other. Are the stars helping, or hindering, our Advent journey?!

Sixteen - above right - sheltered from another rainy windy night in a phone box; Seventeen - above left - outside the disused dentists where an impromptu gig was taking place in what was a photographer's art gallery in the week and seems to be a pop-up art place of some description. Good gracious, who'd have ever thought that would happen on Chatsworth Road?!