Get ready for some long winded ramblings!... 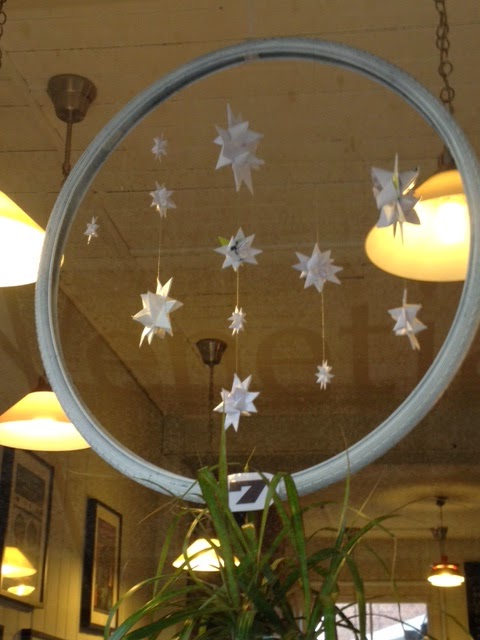 Venetia's Coffee Shop on Chatsworth Road was No 1. OK, to be honest, Jim's Cafe was strictly first, but (probably for different reasons to Claridges) not a place you necessarily wanted to breast feed in public. Venetia's were first to try their luck on a (let's face it) rather unloved, easily overlooked, stretch of inner city high street. First to open somewhere you'd actually want to hang out. First to bring half decent coffee to the 'hood. It even got a mention in one of my Christmas letters. I'd just had baby no.3 and was deeply excited about the possibility of having somewhere other than my own kitchen to hang out with other mums and dads and our small ones without having to trek to Stoke Newington. People have complained that there are too many coffee shops now. That a living high street needs more than coffee shops. I agree. But no one was complaining when Venetia showed up in 2007.

There are new owners there now, but they're still providing a snug place to stop and chat, still supporting local suppliers and still showcasing local art work. So I guess it was no surprise that they jumped at the chance of having a ready-made Christmas star for their window.

I have to admit that rather a lot more work went into this one than the last. Even though I married into Danish heritage more than 18 years ago I have never quite cracked that Danish paper star making thing. My long suffering mother in law has sat down countless times over the years and helped me through the process but each year I have to learn again, leaving me somewhat flabbergasted that such a simple thing could prove so elusive. I was determined, however, to do a Danish-star-bike-tyre and so I sat down once more, this time with my You Tube savvy (12year old!) daughter, and the lovely manicured lady at Skagen and I learnt it properly. Even enough to try really big ones. And teach my two boys too. Yippee!

So, I'm grateful to immigration (did I mention that recently?) for bringing me my Danish mother in law (and in turn a rather nice husband); and I'm grateful to Venetia's for hosting a somewhat fragile Christmas star. (But, guys, you gotta lose that pot plant!).
Posted by hackneymac at 21:54